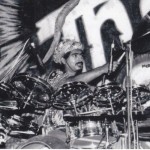 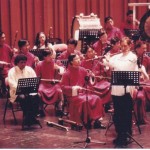 Bondo has shared his magic on stage with icons such as: